What are the attributes of an instrument that could be used for these two critical tests?

To determine this, let’s consider the diversity of anesthesia system configurations out there.

The simplest system, whether it includes a ventilator and breathing system, would include the anesthesia table including its flowmeters (a.k.a, rotometers) and at least one  vaporizer. Other system configurations would include the anesthesia table and two or more vaporizers. The single vaporizer configuration can only deliver one inhalational agent/vapor, but there are circumstances under which an over or underdose of inhalational agent or even wrong agent may be delivered. So, the vaporizer concentration must be verified. Here are a few circumstances to consider:

How can we determine each of the above? What other safety systems are integrated into the vaporizer design to prevent the circumstance?

Wrong agent in the vaporizer

There is a pin-index or other proprietary safety system design that has a special bottle cap for the liquid anesthetic agent/vapor and a special connection to the vaporizer designed to deliver the particular agent/vapor. Though hard to do, this safety system can be cheated. We must verify that the agent intended for a particular vaporizer is the agent/vapor that is being delivered from that vaporizer. It is best when the test instrument be able to identify the agent/vapor in case the vaporizer has been filled with an incorrect agent/vapor. Agent I.D. (identification) is crucial to providing objective evidence of proper fill, proper function, and proper concentration of agent/vapor delivery.

Vaporizer designs that use a by-pass flow past a wick pull liquid anesthetic agent from the sump and expose it to the by-pass flow of carrier gas (oxygen/air, oxygen/nitrous oxide, etc.). Tipping, dropping, or other mis-handling of these type of vaporizer design may allow the wick to be completely saturated with liquid agent, causing too much to be available for entrainment in the by-pass flow and an overdose situation to occur. The test instrument needs to be able to identify the agent/vapor and its concentration so that a comparison can be made to the vaporizer control dial setting and the concentration of agent/vapor measured in the gas flow. If readings are found to be out of tolerance, the vaporizer needs to be returned for service.

Broken or faulty concentration control on the vaporizer

A broken concentration control on a vaporizer may be too subtle to detect visually or by the “feel” of the control as it is turned through its range of concentrations. Under these circumstances, the test instrument needs to be able to identify the agent/vapor that is being delivered and the concentration of the vapor in the gas flow.

Want to read more! Visit our page about the importance is anesthesia testing. 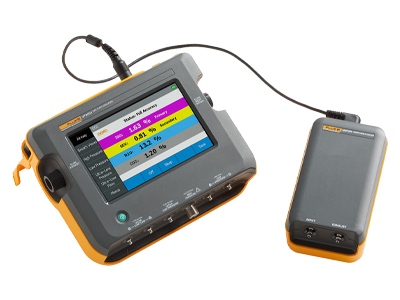 Jerry has over 40 years in the medical device industry. 15 years with Fluke Biomedical in a variety of roles: Global Marketing Manager, Product Manager, and Global Training Manager.