The importance of testing anesthesia machines

Anesthesia delivery systems accompany many of the 313 million surgeries each year. Yet under- or over-administration of anesthetic may lead to patient trauma or, in the worst scenario, patient death. Fluke Biomedical VT900A, our medical gas flow analyzer, and VAPOR, our anesthesia tester, provide measurements of the anesthesia delivery testing to protect patients from irregular gas flow while shielding hospitals from deploying dangerous levels of anesthetic. A complete test would include testing all components of the anesthesia delivery system including a ventilator, vaporizer(s), flow meters, scavenging system, and patient monitor if included. Electrical safety measurements are also typically performed during preventative maintenance. All testing should be done in accordance with the service manual.

How To Test The Anesthesia Apparatus 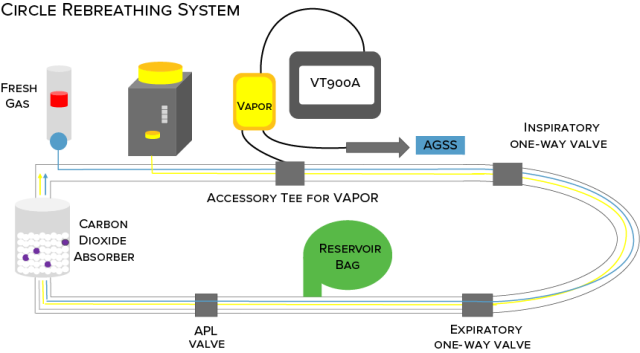 First, you want to test your vaporizer. Set up your VT900A under the Test profile prior to starting the anesthesia machine and turn off breath detection. The Airway screen will allow us to view the flow, pressure, volume, and oxygen concentration through the airway channel. The Breath View screen will aggregate all of our breath parameters together onto one screen. Remember, the oxygen sensor should be verified to make sure you are getting the most accurate results. 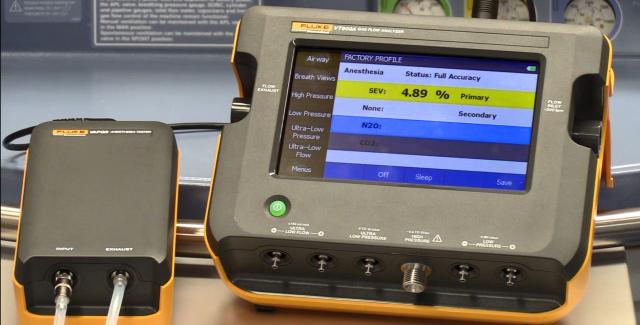 This confirms that the concentration of anesthetic delivered to the patient is at the concentration determined by the anesthesiologist. First, flow rates should be verified. Set the flow rate on the anesthesia machine and verify that setting on the VT900A airway screen. Now, plug the VAPOR Anesthesia Tester into the VT900A. You will soon be able to track progress on the screen and begin testing and, for documentation purposes, save information on the tester itself. 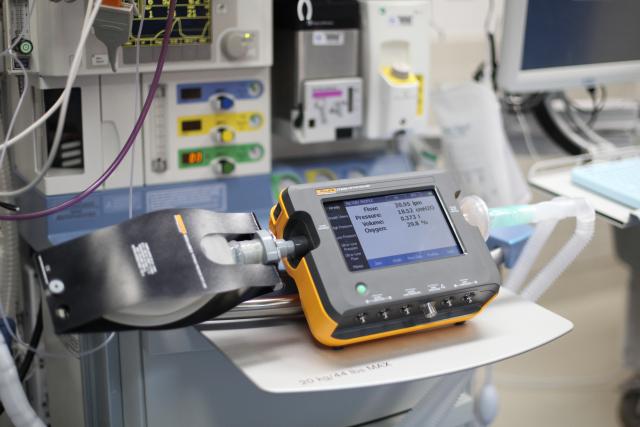 Next, you test the ventilation functionality of the anesthesia delivery system. Connect the breathing tube to the gas flow inlet of the VT900A, but be sure to use an anti-bacterial filter. This will maintain accuracy over the lifespan of your test equipment. Connect your Fluke Biomedical AccuLung II test lung to the exhaust port of the VT900A. Turn the ventilator on and allow it to complete its power-up self-test, then make sure your ventilator is operating correctly in every mode, including volume and pressure control. As with any ventilator performance test, you want to observe that the reading for each relevant parameter is within service manual limits.

You now need to test the breathing system functionally of the anesthesia delivery system. Most important of which is the APL valve, the ventilator breathing bag switch, and the soda-lime. This soda-lime testing is typically done by an anesthesia tech.

What you need for testing 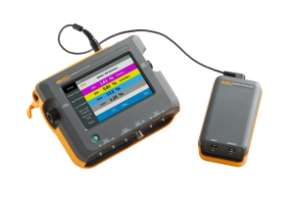 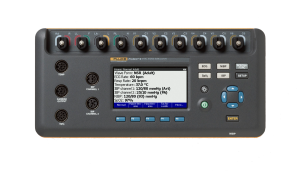 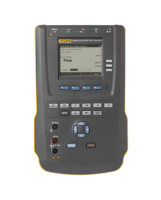 Follow-up with a product expert to  learn more about our product line. 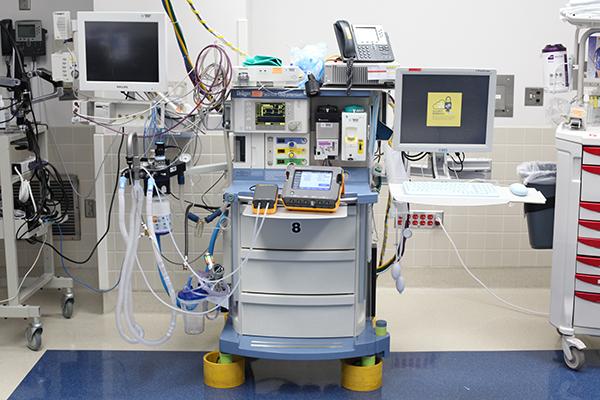 Proper function and maintenance can be the difference between life and death for a patient. Best practices for the delivery of anesthesia require complete anesthesia delivery system testing. Here we outline some key points in best practices.

The first step is to obtain and understand the requirements for performance and safety from brand- and model-specific service manual. Once the specifications are noted, the medical gas delivery system should be tested for all modes of ventilation. Test points and ranges should be checked with standardized test equipment. The test procedure should be validated and put under version control. Test and inspection frequency should be set based on the service manual or a risk-based assessment.

History of anesthesia and ventilator testing 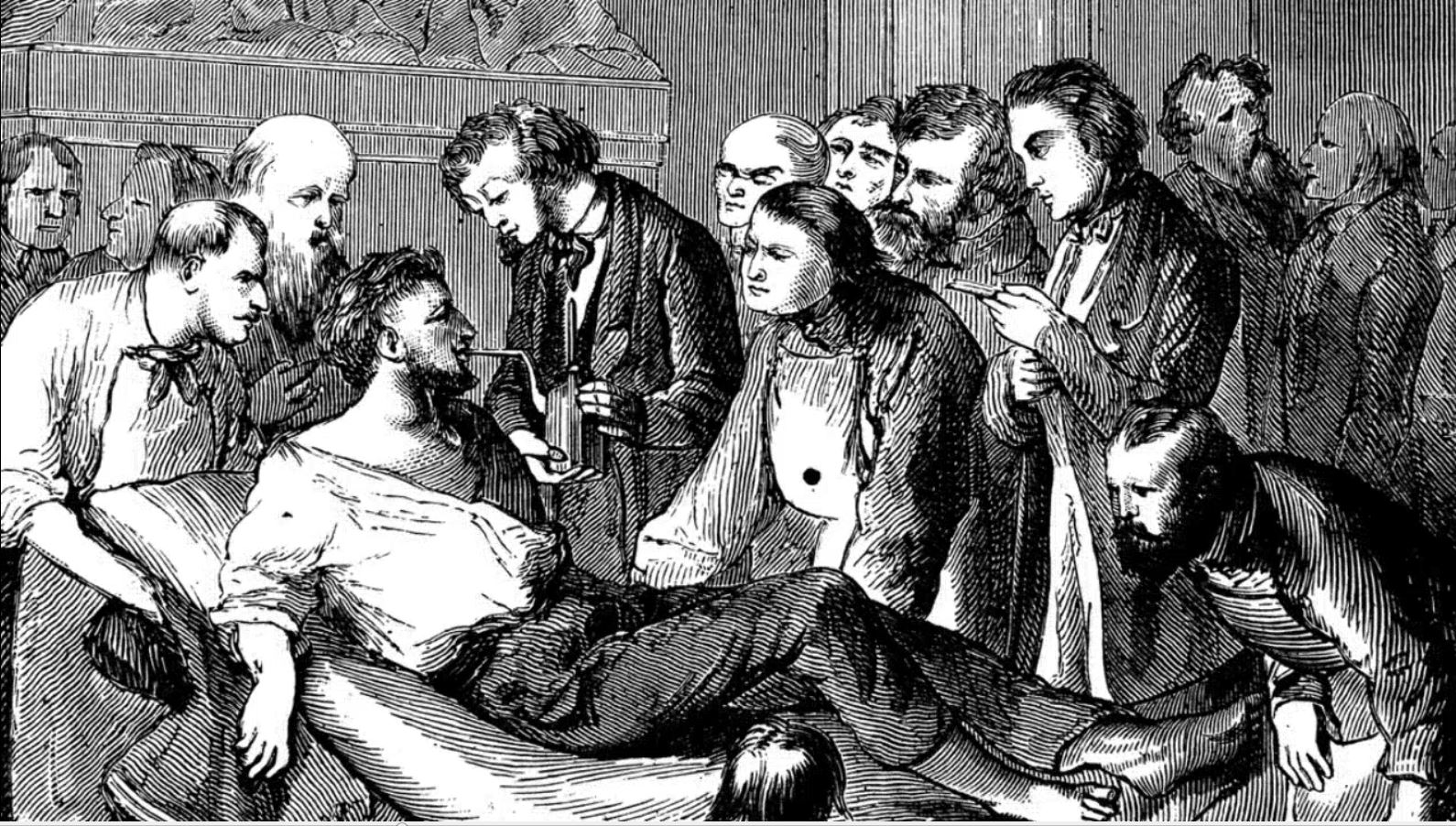 The early history of anesthesia dates back to the 1500s when Valerius Cordus synthesized the “sweet oil of vitriol,” which would be named either by August Sigmund Frobenius in 1729.

Later, 19th-century advances in the medical sciences included experiments by Humphrey Davy, whose experiments with nitrous oxide gave us the term “laughing gas.”

The contemporary pioneer Henry Hickman would first use the dangerous chemical carbon dioxide to make animals insensate, a rather short-lived practice.

While these later anesthetics are far safer than the “laughing gas” and the deadly carbon dioxide, contemporary anesthetics require precise flow regulation and analysis for the health of patients.